McCann’s Irish Oatmeal & Mike Haggerty Buick/GMC/Volkswagen present The Houli’s Hooley and the lads begin the show wondering some more about “Blippy” and “how do you talk to your kids about Michael Jackson?” Paddy meets a “doctor” at the bar who diagnoses his “Marfan syndrome” and tells him to open his mouth and Clay claims “she’s not a doctor, that’s Karen Skofavitz, she’s a manager at Jiffy Lube!” Bridget McGuire, our first female guest, (what took so long?) drops by and brings the funny. Bridget is a storyteller and stand-up comic and she cracks us up with stories as well 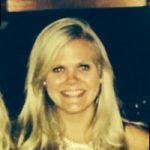 as info about the stand-up scene around Chicagoland. Bridget is playing The House of Blues next Tuesday June 4th, starting at 7:30PM. She’s ignited the flame with Clay O’B who is now entertaining thoughts of getting back onstage after his gig speaking to Fenwick students about the perils of booze etc. Funny show as Mellencamp takes us out with some ROCK in the USA!