McCann’s Irish Oatmeal and Mike Haggerty GMC/Volkswagen present The Houli’s Hooley and this could be our best show yet! Starting with Billy’s new Yul Brynner look draped in purple into Clay’s amazing story of Isabel The Rolling Stones groupie and her amazing collection of Stones memorabilia and stories. The lads immediately dub her “Isabel Jagger” and Clay confesses that he drove home and gifted her one of his paintings, the Brian Jones. Then Bill reports on his weekend in Schaumburg at the Improv for a Pat Chase double-header complete with a heckler, when suddenly all eyes turn to the hole in Paddy’s pants! “Those look like ‘Kramer’ pants!” But they’re actually Tommy Bahama khakis. Kids in Paddy’s alley playing the new game of “brick in the face”. as things get very Putinesque, singing “Putin is All Around You”, more Lotto dreams, some “Honky Tonk Woman” for Isabel, it’s her “warhorse”. Katie Taylor boxing kudos, potential match Katie Taylor vs Conor McGregor, some Sports Talk with Bill, Paddy’s race with the fat chick in flip flops outside Johnny’s Beef, and then Chicago comedian Pat McGann 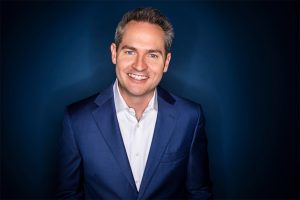 calls in as he steps off the stage at Zanies in Rosemont with some great stories of being on the road with Sebastian Maniscalco playing Madison Square Garden and concerts across the country, with some terrific stories about Rahm Emanuel and Jerry Seinfeld. Happy Birthday shout-out to Clay and now we’re “Ponce Deep” into the show when Paddy pulls out his Dick Biondi impersonation to plug Barney Callaghans and Mike Haggerty Buick/GMC, and who walks in but Mick Jagger looking for Isabel! Biondi and Jagger reminisce as talk turns to legalized sports betting in our state and what’s coming to Hawthorne Racecourse with a new live show starring himself, “Lights, Camera, Dick!” Bill is wary of the gambling jones, “You’re never gonna end up on top unless you’re a whale!” Shout-out to Nick Rada’s mom, Get Well Bridget! And then Del Shannon takes us out with “Runaway!” Don’t miss this one!