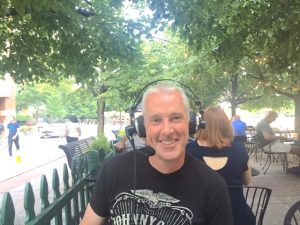 McCann’s Irish Oatmeal, Mike Haggerty Buick/GMC/Volkswagen, and Personal Injury Attorney Caroleann Gallagher present The Hibernian Radio Hour and this week we’re honored to have Chicago Police Department Captain Brendan McCrudden join us on the show. Brendan has spent 25 years as a Cop and he jumps into the conversation by telling us how he started out in the Chicago Housing Authority in ’94 only to join the CPD 3 years later in ’97. A hearty congratulations to him on becoming Captain in the 9th District a little over a month ago! Brendan grew up on the Northside in the Immaculate Heart of Mary Parish and from there, moved onto Lane Tech High School. With his mother hailing from Dundalk, County Louth and his father from Newry, County Down, this guy is an Irishman, through and through, His Uncle was a Garda in Ireland, as was his Great-Uncle and his father before him – it’s safe to say that it’s in his blood. 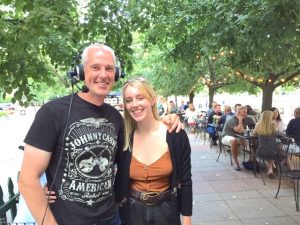 Brendan McCrudden and his daughter

He hopes to visit the Emerald Isle next summer and get a taste of that little bit of heaven! Houli and Brendan get serious in their chat about the “Blue Lives Matter’ movement and their views on the Pros & Cons of gun control – it’s a touchy subject but who better to ‘get into it’ with. On a lighter note, Brendan shares a few of his funny stories from his time on the force including one about some of the dumbest criminals he has ever encountered. Houli catches us up on the Irish American News with a look at this week’s obituaries, local shout-outs and of course, our final stop at Houli-town. What happens when you bring two White Sox fans together? Well, have a listen for yourself and see!