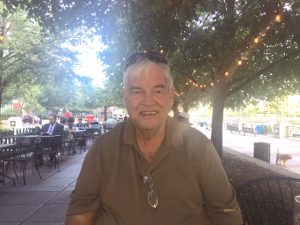 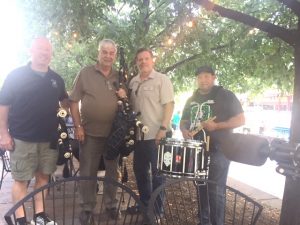 McCann’s Irish Oatmeal, Mike Haggerty Buick/GMC/Volkswagen and Personal Injury Attorney Caroleann Gallagher present The Hibernian Radio Hour and we’re back to paying tribute to our Irish American First Responders. We start this week’s show off with a bang with a snippet from The Bagpipes and Drums of the Emerald Society, Chicago Police Department playing The Minstrel Boy. We’re honored to have Former Band Manager and one of the founders of the 85 member band, Tom Cody, as our guest this week. Both of Tom’s parents were Irish with his father hailing from Tipperary and his mother from Mayo. He grew up in St. Leo Parish in the Gresham district and attended  St. Leo Grammar School followed by Little Flower High School. He was drafted to the Army at the start of the Vietnam War in ’65 and was honorably discharged 2 years later. In ’71, Tom joined the Cook County Sheriff’s Office and went on the be one of the founders of the Emerald Society Band in ’82. He maps out the rich history of the band and the reason behind it’s birth including a story about former Mayor Jane Byrne’s contribution to the cause. Tom and Houli take a dive into the band’s songbook and as Tom says himself – “A little Bagpipe goes a long way!”. We’re very happy to have him join us and wish him all the best in his recent retirement! We play Van Morrison’s “Street Choir” in tribute to the great guys in the Bagpipe and Drums Band. Then we take a trip to The Curragh Irish Pub for the second half of our show and Houli fills us in on this week’s obituaries, Irish American News and local events happening in the Chicagoland area, including our Movie Hooley coming up at the end of the month! Next it’s’ Houli-town’ followed by some good ole fashioned ‘Houli’ jokes. Van Morrison plays us out this week with “How Far From God”. An extra special show this week, remembering all our fallen Irish American officers