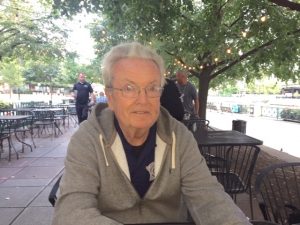 McCann’s Irish Oatmeal, Mike Haggerty Buick/GMC/Volkswagen and Personal Injury Attorney Caroleann Gallagher present The Hibernian Radio Hour and this week we’re joined by an old pal of Houli’s and 33 year Chicago Police Department Veteran, Dennis McKenna. Dennis grew up in St.Theodore’s Parish on the South Side at 63rd & Hermitage. He attended St. Theodore’s Grammar School followed by St. Rita’s High School and he moved on to work in the clerical office at the FBI at the age of 17. Dennis joined the military in ’59 where he was stationed in Vietnam. He brings us down the list of places he visited with the Air Force including Bermuda, New Guinea and Thailand. On his return to the States, he took the Chicago Police test and the rest is history! In his retirement, he is a Tour Guide at Soldier Field . Dennis shares stories about his family. stories from his days on the force and about his drum playing with many bands around the city including Bagpipes & Drums of The Emerald Society and The Shannon Rovers. He also chats about the days when he played music with The Doors’ keyboardist, Ray Manzarek. The stories this guy has are legendary! We take a look at Irish American News including the taping of ‘Our Irish Pub’ next Thursday and Houli fills us in on this week’s Obits. Dennis returns to the mic to share a handful more stories from his time in the CPD and some of the scenes he witnessed while on duty. This guy is a real joker and we’re honored to have him on the show. Another great one this week, folks, so be sure to tune in!