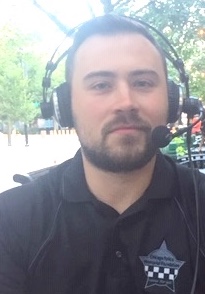 McCann’s Irish Oatmeal, Mike Haggerty GMC/Buick/Volkswagen and Personal Injury Attorney Caroleann Gallagher present The Hibernian Radio Hour and we’re back at Lizzie McNeill’s. This week our guest is Colin Ryan, one of the youngest Police Officers ever on the show.. Colin grew up in the Beverly neighborhood. He attended St. Barnabas and Marist High School and graduated from Illinois State University after that. At 27 years old, Colin has been on the CPD force for 5 years but has seen more than his fair share in that short time. He dives right into his near-death experience 2 years ago when he was working in a surveillance van after a shooting in the 9th District and the offenders fired 27 rounds into their moving van. He was shot FOUR times and has lived to tell the tale – You have to hear it to believe it! As Colin said, “It’s Do or Die out there!”. He chats to Houli about family, the anti-cop movement and the increasing rate of suicides among Police Officers. You’ll be happy to know they caught his shooters soon after and one is still in custody. This is one hell of an interview, ladies and gentlemen! In honor of the Veteran Chicago Cop who took his own life last week, we play Van Morrison’s “Dark Night Of The Soul”. Houli ends out the show with this week’s obits, the local Irish-American news including the upcoming taping of ‘Our Irish Pub’ at The Curragh and The Irish American Movie Hooley. Don’t forget the Emerald Society’s Annual Dinner Dance will be on Saturday 28th at Gaelic Park. Plenty of upcoming events to get your Irish-American fix!