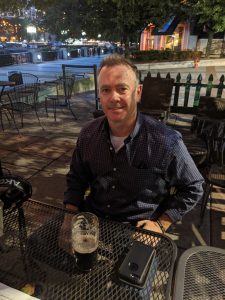 McCann’s Irish Oatmeal, Mike Haggerty Buick/GMC/Volkswagen and Personal Injury Attorney Caroleann Gallagher present the Hibernian Radio Hour and we kick off this week’s show with our first guest, Commander of the 18th District, Dan O’Shea. Dan grew up in St. Rita’s Parish and attended St. Laurence High School. He has been with CPD for a total of 22 years, working as Commander for almost 2 years and he spent 3 years with the Cook County Sheriff’s Dept before that. Houli and Dan talk about the late great Commander Bauer, the current national gun control debate and about the benefits of the Strategic Decision Support Center for Cops in today’s society. Dan talks family and he shares some stories from his time on the force, including one about an interesting bank robbery. 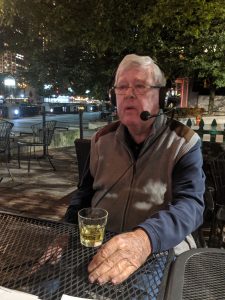 Our second guest this week is local broadcast newsman legend, Peter Nolan. Peter wrote his second book “News Stories: A Memoir” last year and he shares some of the stories from his years on the job with us, including the time he found Rosemary Kennedy who was reported missing and some of his encounters with politicians over the years. Houli and Peter reminisce about their time working together on the musical, “The 51st Ward”. Houli fills us in on some Irish American News to end this week’s show. Both our guests this week have many great stories to share, so be sure to have a listen!