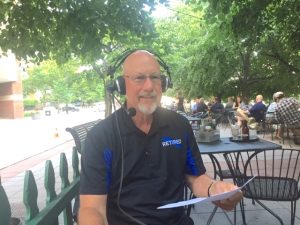 McCann;s Irish Oatmeal, Mike Haggerty Buick/GMC/Volkswagen and Personal Injury Attorney Caroleann Gallagher present Hibernian Radio. While Houli is in Ireland, we’ll continue with our theme of Irish First Responders as we look back on an old interview with 30 year Chicago Police Dept veteran, Sgt. Larry Casey. It’s true that cops have the best stories and that’s backed up by Larry’s new edition of his book “Stories of a Chicago Police Officer”, which has 30 new stories added. This book has a mixture of hilarious, heartfelt and truly heart-breaking short stories about Larry’s time in the Chicago Police Dept. This Edison Park native talks family and how his grandfather, father and himself have put 100 years into the CPD. Although, he’s relieved to say that both his sons have taken a different path in life. We’re taken back to the story of how his grandparents, from County Cork and County Mayo, met in Chicago and the rest is history! Larry skims through some of the most intense stories from the book including some politically incorrect ones, much to Houli’s delight! It’s safe to say these stories are not for the faint-hearted and as Larry himself says, “I’m not in it for the money. I’m in it for the entertainment and the education.” After that, our friend Mitch Zeiler drops in for a quick visit to tell us about his event, “Cruise for The Cause” that was on Sat. July 13th. It was a night illuminated by the Navy Pier fireworks with all you can eat and drink on the magnificent yacht, The Odyssey – the 5 star treatment for a more affordable price! Mitch has an impressive history in helping those with Special Needs that has led him to this, the second year of “Cruise for The Cause” and all proceeds were split among multiple charities. This guy is a trooper! We catch up on the local obits and Irish American news plugs. And what other way to end the show but with some of Houli’s favorite jokes!