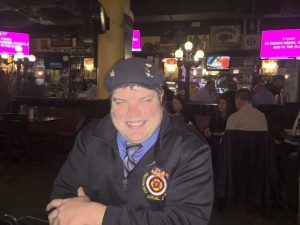 McCann’s Irish Oatmeal, Mike Haggerty Buick/GMC/Volkswagen and Personal Injury Attorney Caroleann Gallagher present The Hibernian Radio Hour and as we continue our focus on First Responders we welcome our first guest and old pal of Houli’s, Pat Quane. Pat is a Chicago Firefighter with Engine 126 and he is running for Director of PR for the Firefighters Union Local 2. His father was a firefighter for 34 years and they just recently attended the ‘Brotherhood of the Barrel’ 40th anniversary celebration in Florida. Pat shares his hopes if he’s elected and his Masters degree in Public Safety and Homeland Security Administration will surely help too! It’s his 3rd time on the show and he still has new stories to tell including the controversy over the Lieutenant’s Test mix-up. The banter is great between Pat and Houli! 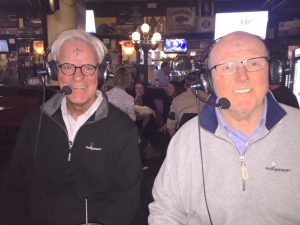 A quick trip over to Obits and then we’re back to welcome our second guests, The Mulliganeers’ Pat Byrne and Bob Sheehy. They are hosting their St. Patrick’s Day party on March 7th at Local 150 Operating Engineers Hall. The Mulliganeers raise money to help families with sick children and they’ve raised over $6 million and helped 411 families since they began – what an incredible organization! Houli brings us up to date on local Irish-American news and we take a musical break with “Hair Of The Dog” by The Wild Colonal Bhoys. Then it’s over to ‘Houli-Town’ to end another jam-packed show, folks!