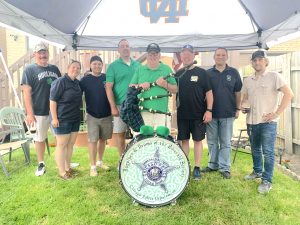 McCann’s Irish Oatmeal and Personal Injury Attorney Jim McGing present The Hibernian Radio Hour and this week we have a very special show recorded live from the outskirts of Houli-town on Chicago’s South side. We start this week’s show off with a bang with a tune from The Emerald Society Bagpipes & Drums. Our guests this week are husband and wife duo, Jeff and Cathleen Lange, both of whom are retired 30-year Cook County Sheriff’s Police veterans. They tell us the story about how they met on the job at Cook County Jail and share what it was like working in the same field together. Jeff tells a great story about a call he responded to at a ‘special’ spa where some firefighters made the most of a bad situation! This dynamic duo discuss their happy retirement and some of their most memorable cases with Houli, some hilarious and others simply horrifying. “I miss the players, not the game!”, Cathleen says when asked if she misses the work. Jeff shares his experience of the riots after the Bulls Championship when Dennis Rodman randomly appeared on stage sporting some policewear. This wonderful couple have a wealth of stories from their time on the Force. 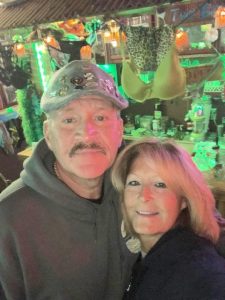 We hear some more mighty music from The Emerald Society followed by this week’s obituaries. Houli plays “The Last Hurrah ” by Wild Colonial Bhoys for Jeff, who also happened to be the winner of this week’s Facebook caption contest. What a dynamic duo these two are! Don’t forget, our friend John Kola has reopened his ‘Landmark Pub‘ at 5135 N. Oriole Avenue in Harwood Heights so be sure to stop by and grab a drink! We take a trip to Houli-town and Jeff returns to tell his own joke to end another great show. The Pipes & Drums of The Emerald Society play us out this week with their rendition of “Amazing Grace’. Be sure to have a listen, folks!