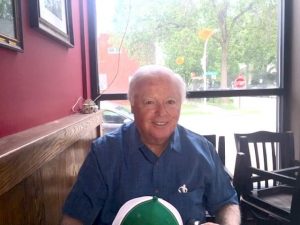 McCann’s Irish Oatmeal and Personal Injury Attorney Jim McGing present the Hibernian Radio Hour. We begin this week’s show by listening to a recording of New York PBA President, Mike O’Meara’s powerful speech from earlier this week. We’re beginning our Police Pub Tour at the Cork & Kerry Pub at The Park and we continue our focus on First Responders with our first guest, retired 32 year CPD veteran, Captain Fran McCarthy. Fran grew up in St. Dennis Parish, attended St. Laurence High School followed by Western Illinois University. He spent some time in the Navy hunting submarines and currently works as Security Manager for the Chicago Park District. Fran chats to Houli about his family and how he worked his way up the ranks to become Captain. He looks back over the ’97 beating of Lenard Clark and the protests that followed that incident. Fran has a collection of quality stories from his lengthy career including one about a foot chase through a family’s home and his experience working on New Year’s Eve. He and Houli delve into a deep discussion about the current nationwide unrest and Fran shares his professional opinion on the protests and looting. He has plenty of his own protest and rioting stories from his career. We’re honored to hear all his wonderful tales and get some insight on what’s really going on in the world right now! 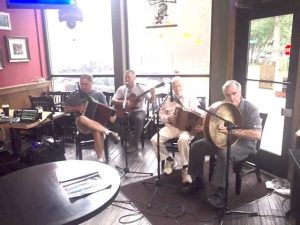 Houli brings us up-to-date with this week’s Obits before he interviews our musical guest and his old pal, Jimmy Cloonan. Houli and Jimmy share some stories from ‘back in the day’ featuring some of their mutual friends. We head over to the music portion of the show with Jimmy and Patrick Cloonan, Hugh Dennehy and Terry Hedges playing out another great Hibernian Radio show this week with a set of lively tunes and a lovely rendition of Spancill Hill. Be sure to have a listen for another great week of good craic and great music!