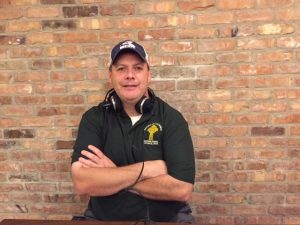 McCann’s Irish Oatmeal and Personal Injury Attorney Jim McGing present the Hibernian Radio Hour. As we continue our Police Pub Tour, we return to The Cork & Kerry Pub and we’re joined this week by 18 year CPD veteran, Matt Stevens. Matt grew up in St. Denis Parish and graduated from St. Laurence High School. He studied BA Communications at Northern Illinois and is currently working on his Masters Degree at Calumet College of St. Joseph. This guy is a man of many talents! He worked as a Sports Producer and at the Board of Trade before joining CPD in 2002. These two discuss the reasons why Matt made the decision to join the Force, much of which lies around September 11th. Matt chats about his family, particularly his father Bob, who worked as a Firefighter. He currently works at the Commander’s Office in the 8th District – He shattered his knee cap on duty and had 2 surgeries on the same leg in 2012. Matt and Houli discuss the current ‘cancel culture’ and the difficulties being in Law Enforcement at this moment in time. Matt has a good few war stories – he brings the laughs with his story about the convicted felon and his stolen car. The craic is great! “Keep your heads up!” is Matt’s message to his fellow police officers out there during this crazy time. He also wants to remind our listeners about the Tootsie Roll Drive on September 18th & 19th which raises money for people with intellectual disabilities  Houli brings us up to date on the recent obituaries and that’s followed by “Wild Colonial Boy” by The Clancy Brothers, chosen by Pat Quane who was he winner of this week’s Facebook caption contest. We then hear an array of reels by our very own in-house musician, Jimmy Cloonan. It’s off to “Houli-Town” for some well-needed comedic relief before Jimmy returns to play us out with a collection of his best tunes!