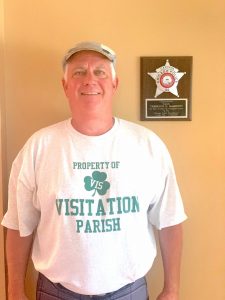 McCann’s Irish Oatmeal and Personal Injury Attorney Jim McGing present the Hibernian Radio Hour. We continue on our Police Pub Tour as we return to The Cork & Kerry Pub at The Park again this week and we’re joined by newly retired CPD Captain, Terry McMahon. Terry hails from Visitation Parish and attended St. Christina, followed by Brother Rice and Western Illinois University. He chats to Houli about his incredible family, particularly his mother who was widowed when Terry was just 3 years old and she was left to raise four young children under the age of 9. Terry intended on studying Special Ed but ended up with a BA in ‘Law Enforcement Administration Psychology’. He and Houli discuss the tragic death of Terry’s friend, John Knight, many years ago and some of the pros and cons of the job. “I got out unscathed!”,Terry comments when asked about his recent retirement. He looks back over his 34 years at CPD very fondly and shares many of his best stories from his extensive career with us, both good and bad. He was Captain of the 4th District and the love of the job has clearly rubbed off  as his son now works with the CPD. Terry chats about his retirement plans and celebrations as well as his involvement with many charitable organizations, including The Knights of Columbus. There are plenty of mutual friends and frequented establishments that Houli and Terry share so the craic is mighty between the two! If you’d like to show your support to the family & friends of the recently deceased Chicago cop, Todd Gillerlain, you can donate here. 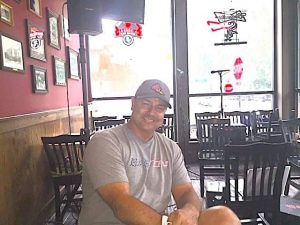 Houli brings us up to date on the recent obituaries and that’s followed by “Tradition Marches On” performed our old pal Brian Harms, who was the winner of this week’s Facebook caption contest. Our second guest this week is the owner of The Cork & Kerry, Billy Guide. Billy joins Houli to explain what exactly happened last week regarding the inspectors closing down their Western Avenue location. In Houli’s own words, “It’s the jewel of Beverly!”.They may be down on their luck but Billy still brings the laughs -The South side stands behind ya, pal! Then it’s over to our musical corner where we hear The Clare Reels by our very own in-house musicians, The Cloonan Brothers. The lads play us out with some lively tunes again this week!