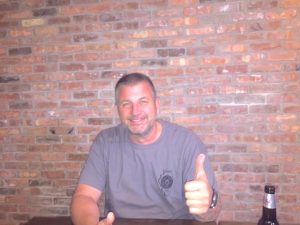 McCann’s Irish Oatmeal, Personal Injury Attorney Jim McGing, Fox’s Pizza, Tullamore Dew and the Cork and Kerry Irish Pub present the Hibernian Radio Hour. We continue on our Police Pub Tour back at The Cork and Kerry Pub on Western Avenue and this week we welcome honorary Irishman, John Catanzara. John is the President of the Fraternal Order of Police Lodge 7 and we are delighted to have him on the show! He lives in St. Rene Parish and attended St. Rita High School. John chats to Houli about the jobs he had that led up to where he is now in his career. He still faces many challenges in his job position and he goes into some detail with Houli about the obstacles he is still facing as FOP President. He admits that his outspokenness was the main reason why people took notice of him and he credits this outgoing personality for winning the election. John also delves into the success of his campaign and the difficulties he faced during the election process. ‘Defund the Police’ is an obvious topic of conversation and John’s view is as insightful and interesting as expected. He chats to Houli about his future plans on improving the CPD – “We have one common goal: protection of our pensions!”. He sheds light on the issues surrounding sleep deprivation and other illnesses affecting Chicago officers. Kim Foxx’s lack of leadership, the removal of statues and getting the necessary people out of power in the 2023 election are just some of the other topics of conversation between these two. The media’s influence and relationship with the police is also something that John points out to the listeners. “The men and women of the police department should be treated fairly”, John remarks to end his interview. Then Houli brings us up to date on the most recent obituaries followed by Liam Durkin’s live version of ‘The Fields of Athenry’ chosen by the winner of this week’s caption contest, John Paul. Liam plays out the rest of this week’s show with some Irish rebel songs. Be sure to check out and donate to our worthy fundraiser here to support our show and our First Responders!