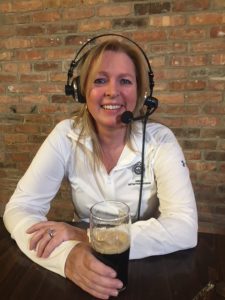 McCann’s Irish Oatmeal, Fox’s Pizza, Guinness and the Cork and Kerry Irish Pub present the Hibernian Radio Hour as we continue on our Police Pub Tour at The Cork and Kerry Pub on Western Avenue. This week we welcome 25 year CPD veteran, Detective Kathleen Keane Chigaros to the show. She begins by sharing the story of how she was attending pharmacy school but ended up randomly taking the police test and joining the Force. Kathleen isn’t afraid to delve into her personal life, discussing the tragic passing of her husband, Gary and how it left her as a single mother of two young kids. She began her police career in the 8th district and looks back very fondly on her time there and the people she met. She then moved to the 22nd district and worked as a school officer after that. She became a Detective in 2004, later moving to the Homicide unit to investigate gun crimes and now she works in Robbery. Kathleen has fought AND beat cancer – this lady is the epitome of an Irish warrior! She tells Houli about her new company, “Bastion Emergency Consulting”, which she is CEO of whcih she founded with some of her fellow colleagues. Kathleen takes the time to share some of the best and worst moments from her extensive career and that includes a great story about a culprit asking her out on a date while being detained and how she scared her snoozing partner at the hospital morgue. She also shares some stories from her multiple trips back to the Emerald Isle and she has a deep love for her Irish heritage, particularly County Mayo where both her grandparents were born. This lady is something else and we are so honored to have had her on the show! Houli then updates us on the most recent obituaries and we take a well-needed trip to ‘Houli-Town’. Our in-house band, The Cloonan Brothers, play us out this week with their fine array of lively tunes. Be sure to check out and donate to our worthy fundraiser here to support our Hibernian Radio show and our First Responders!