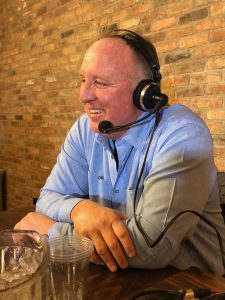 McCann’s Irish Oatmeal, Fox’s Pizza, Guinness, the Cork and Kerry Irish Pub and Flood Brothers Disposal present the Hibernian Radio Hour. We continue on our Police Pub Tour at The Cork and Kerry Pub on Western Avenue and this week we welcome 30 year CPD retired veteran, Jim Sherlock. Jim grew up in St. Adrian’s parish in Marquette Park and is a fellow Mount Carmel guy as well as a Purdue University graduate. Jim chats about his family and the four generations that attended Mt. Carmel, his own kids included. He currently works as a State’s Attorney investigator but has worked in many departments including the U.S. Marshall’s Fugitive Task Force and the FBI Violent Crimes Homicide Task Force where he worked on cold cases for his final 4 years on the Force. Jim was Director of Security for 16 years at The Jerry Springer Show and he explains how he got roped into that gig. He takes us through how the show operated and where they found many of the wild guests .Jim has his fair share of stories that he shares with Houli including working the famous cold case murder of John Hughes. “Murder in Canaryville” is a book based on Jim’s investigation of that same case. Jim also shares many stories from his extensive CPD career including the time a cop found a gun that ended up being his own and tackling a guy in Englewood while his patrol car rolled into a tree. Jim reflects on the current social unrest and the media’s part to play in it all. “If you’re a policeman nowadays, you shouldn’t have social media” is his advice for young CPD officers. 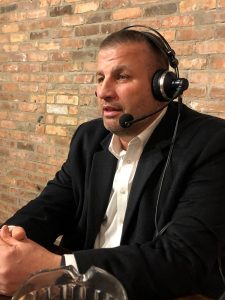 The craic is mighty between these two and we are honored to have Jim on the show! Houli then brings us up to date on this week’s obituaries and then we welcome our second guest, the legend himself, John Catanzara. “If you give up, they win” is his motto, adopted from Scott Rotkovich. John tells Houli about the recent law that was passed and what effects it could have on the citizens of Illinois as well as the pensions of current CPD officers. John always tells it like it is! He also talks about the struggle between politicians and CPD in the search for peace and he reckons things are becoming too personal. He is a man with a plan and we’re delighted to have him join us once again! You can learn about and donate to our upcoming film, ‘In Search of Weeping Jim’ at the website. Another exciting show for you this week, folks!