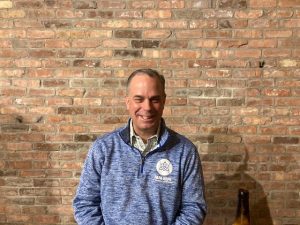 Fox’s Pizza, Guinness, the Cork and Kerry Irish Pub and Flood Brothers Disposal present the Hibernian Radio Hour. We continue on our Police Pub Tour at The Cork and Kerry Pub on Western Avenue and this week we welcome Chicago Firefighter, Jimmy Gorman. Jimmy grew up in St. Cajetan’s Parish and comes from a large family of nine. His family hails from Clare, Mayo and Tyrone and he chats to Houli about his wife, who is a teacher and his 3 kids who were all in the service. He attended St. Rita’s High School and joined the Navy soon after. Jimmy worked in Covert Operations for 10 years and has plenty of hilarious stories from that time that he shares including the time he met a guy with a crossbow in a bar. He takes Houli through some of the responsibilities that come with being in Covert Ops and the futuristic technology he worked with. When he left that post, he became a CPS Teacher and became a Firefighter soon after in ’04. Jimmy has plenty of stories from his time as a Firefighter so far including fighting the huge LaSalle bank fire on the 29th floor which led to him being intubated later in the hospital and another fire where the roof collapsed on some of the team. He shares his retirement plans and he and Houli discuss the current social unrest in the country.  “It’s a total joy to go to work”, Jimmy says about working with the other firefighters. This guy is a true Irish warrior! Houli then brings us up to date on the recent obituaries and that’s followed by “The Streets of New York” by Bob McNamara of the Chancey Brothers. Then we take a well-needed trip to ‘Houli-Town’ to end another great show!