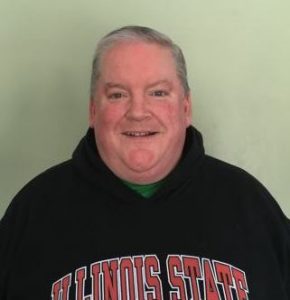 Fox’s Pizza, Guinness, the Cork and Kerry Irish Pub and Flood Brothers Disposal present the Hibernian Radio Hour. We continue on our Police Pub Tour at The Cork and Kerry Pub on Western Avenue and this week we welcome retired CPD veteran, Lieutenant John Dowd. John is a true South sider who comes from a family of cops and he explains to Houli what pushed him to join the Force. He attended St. Mary Star of the Sea Grammar School followed by St. Rita of Cascia High School. He then attended Calumet College and obtained multiple Masters degrees from St. Xavier’s University. John chats about his family with focus on his four children and his wife who is a nurse. He and Houli have some mutual friends and they look back on the TV show they both worked on called “Early Edition”. John first began working in the 9th district and has many stories to share from that time including working in and around Mayor Daley’s house. He moved to the 22nd district a few days before the murder of Officer John Knight and he chats about the circumstances surrounding that tragedy. He then volunteered for the difficult public housing detail which speaks volumes on how great this guy is! He has some really great stories from his time there including coming face to face with a huge pig and chasing a guy who jumped out the 6th floor window. John has held many titles including Sergeant, Detective and finally Lieutenant and he shares many hilarious stories as well as tragic ones with Houli from his extensive career that you have to hear to be believe! Some of those stories include trying to create what’s called a “reverse sting” and investigating robbery suspects from their own videos uploaded to Youtube. “It’s challenging times for police officers these days..”, John says about the current anti-cop culture. Houli then brings us up to date on the recent obituaries and that’s followed by a well-needed trip to “Houli-Town”. Make sure you join us for our St. Patrick’s Day party at the Cork and Kerry Pub on March 17th!