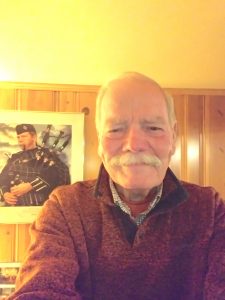 Fox’s Pizza, Guinness, the Cork and Kerry Irish Pub and Flood Brothers Disposal present the Hibernian Radio Hour. We continue on our Police Pub Tour at The Cork and Kerry Pub on Western Avenue and this week we welcome 39 year retired CPD veteran, Patrick J. McNulty. Many of Pat’s fans wrote into the show this week and Houli reads some of those messages to him. Pat grew up in Saint Justin Martyr Parish and attended De La Salle school. He later graduated from North Western University. Pat joined the police academy when he turned 21 and began working on the south side. He lists some his extensive career titles including Commander of the 1st District, Assistant Deputy Superintendent and Deputy Chief of Patrol and he shares some of his most memorable experiences from those days. He is also proud to be one of the founding members of the Emerald Society and he discusses how they set up such an inspiring organization. Pat then shares some of his best stories from his 39 years including coming up with ‘greasy’ ways to prevent people from climbing statues during the National Demoratic Convention, meeting both national and international presidents and the attempted armed carjacking of his squad car right outside his home. Pat and Houli then discuss the diminishing relationship between police and society in recent years and the effects that it’s having on the communities. “It’s been 39 years of chasing bad guys and helping good people”, Pat comments when asked about the success of his career. The guys then delve into some Family talk with focus on Pat’s kids and he discusses some of his future plans for retirement. Who ya gonna call? Pat McNulty! Then Houli brings us up to date on the latest obituaries followed by an update from Charlotte Houlihan on our St. Patrick’s Day party at the Cork and Kerry Pub on March 17th! – see ya there!