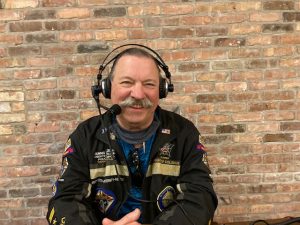 Fox’s Pizza, Guinness, the Cork and Kerry Irish Pub and Flood Brothers Disposal present the Hibernian Radio Hour. We continue on our Police Pub Tour at The Cork and Kerry Pub on Western Avenue and this week we welcome 33 year retired CPD veteran, Dennis Fitzgerald. Dennis’ family grew up in Cicero and he later moved to the Northwest side of Chicago. He is the youngest of seven children and he attended St. Priscilla’s Elementary School. Dennis chats to Houli about his Irish heritage and family who hail from the outskirts of Limerick. He tells the story about how his father survived the tragic Eastland disaster in 1903 at just 5 years old but both his grandparents perished. Dennis has been the Grand Knight of the Knights of Columbus Council St. Michael the Archangel for almost four years now. He joined the Knights in ’79 when the Pope visited Chicago and he discusses the benefits and the security it can bring to your family and their future. This is the only police council in the country! The Knights of Columbus have around 640 members and you can contact them directly via their Facebook page. Their motto is, “We stand for the flag and kneel for the cross”. Dennis has his fair share of stories from his time with CPD and the Knights of Columbus and he shares some with Houli including when he joined the Pipes & Drums of the Emerald Society and how that organization was set up to honor our fallen officers with the help of Mayor Jane Byrne. Dennis is a great guy and we’re delighted to have him on the show! Houli then brings us up to date on the latest obituaries and we take a musical break with “To Win Just Once” by The Saw Doctors. Our second and special guest this week is Houli’s granddaughter, Charlotte. Charlotte chats about how the pandemic is affecting the younger generation especially those who are still in school. She also shares her advice on how to cope and stay positive during these uncertain times. We’re delighted to have her join us on the Hibernian Radio team. We then take a well-needed trip to ‘Houli-Town” to end another great show!