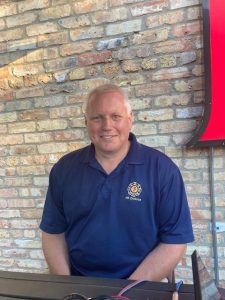 Fox’s Pizza, Guinness, the Cork and Kerry Irish Pub and Flood Brothers Disposal present the Hibernian Radio Hour as we continue on our First Responders Tour at The Cork and Kerry Pub on Western Avenue and this week we welcome 25 year Fire Department veteran, Captain Mick Flanagan. Mick grew up on the south west side but spent most of his childhood in County Waterford, Ireland and he still has the brogue! He attended Marist high school and he talks about transitioning from school in Ireland to attending an American high school. He chats about his Irish heritage and his family with focus on his twins, Micheal and Deirdre and his wife, Eimear who hails from Cork. Mick worked with Local 399 for 9 years beginning in 1987 and is still a proud union member. He has a degree in Accounting from Loyola University and was working as a volunteer firefighter when he ended up taking the firefighter test.  Now 25 years later, he is the Captain in Calumet City. Mick has some impressive accomplishments under his belt including setting up live fire training for Irish firefighters here in the States and becoming the Chairman of the Chicago Division of the GAA. He is a founding member of the Chicago Fire Department’s GAA Club and he tells Houli about how they taught the team to play in just 6 months before travelling to play teams in Dublin and Belfast. He discusses some of the similar issues that both Irish and American firefighters encounter, the stigma surrounding mental health issues and the rise in suicides among First Responders. “Physical and mental health have never been on equal ground”, Mick comments about the lack of resources for First Responder retirees. He and Houli also discuss the current social unrest and Mick urges the public to “realize the human element behind police and fire.”. He has many stories to share from his career so far including responding to a suicidal man on the highway and how the intensity of that situation almost led to a firearm discharge. This guy is a wealth of knowledge and he takes an in-depth look into the darker side of working on the Force. 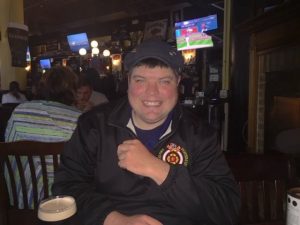 Houli brings us up to date on the recent obituaries and we then welcome our second guest, Pat Quane. Pat represents the Local 2 Chicago Firefighters Union who are the newest sponsors of the show. He and our old pal, Marty Doherty were elected to the Executive Board a year ago and Pat talks about 3 bills they’re trying to get passed into Law. You can check out some of the important work they do at their website. Don’t forget to join us on Wednesday, June 9th at the Cork and Kerry Pub where we will be claiming the Chicago flag for Irish America – all details here!