Fox’s Pizza, Guinness, the Cork and Kerry Irish Pub and Flood Brothers Disposal present The Houli’s Hooley with Bill and Paddy Houlihan who are joined by their good friend, Clay O’Brien. Billy’s back and he fills us in on his recent fishing trip. “Bass Pro Billy” is his new nickname! Is there potential for a new segment called ‘Fish Talk’? The guys try out their best Wisconsin accents, which definitely need work.. The days of the masks are fading so the lads update us on what the actual mask rules are now. Maskless strippers are returning – finally! Billy tries to advise about seeing new friends you made during the pandemic without a mask – the big reveal! The trio come up with strange types of fish bait including hot peppers and breaded meatballs. There’s a whole lotta stink bait talk! Paddy wonders if “stink bait could get rid of the satanic kids on my block?!” We’re back to the phallic graffiti talk again this week.. Paddy admits that his house is “very ripe for poltergeists”. 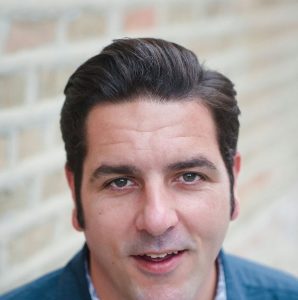 The lads are then joined via phone by old friend of the show, the hilarious Pat Chase. Pat shares the story about how he ended up in Las Vegas during the pandemic and he delves into how he almost quit comedy before doing open mic in Vegas. He also chats about his ‘new look’, which is mainly Hawaiian shirts and the difference between audiences in the midwest and those in Las Vegas. Be sure to check out Pat’s set at 7pm & 9:30pm, Sunday 30th at Joe’s Bar on Weed Street – this is his first show back since the pandemic hit so be sure to get out and support our good friend! “Are we a safe radio program?” – Paddy asks. Did you know?: Rumor has it that the guys wear bulletproof vests when they record the show, just to be safe… This terrible trio come up with a new music genre called ‘Isis Rap’. Fashion Talk with focus on Lil Nas X’s wardrobe malfunction during his SNL performance and Paddy’s ‘Terminator’ jacket. Sports Talk this week is centered around baseball with some football predictions.  Clay tells the story about the time he was punched by a girl, while Paddy watched. We end yet another hilarious and wacky show with “Owner Of A Lonely Heart” by YES. Don’t forget to join us on Wednesday, June 9th at the Cork and Kerry Pub where we will be claiming the Chicago flag for Irish America – details here!