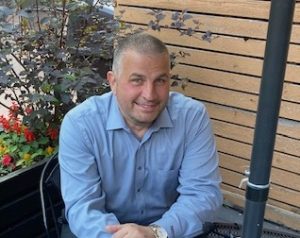 Fox’s Pizza, Guinness, The Cork and Kerry Irish Pub, Flood Brothers Disposal and Chicago Firefighters Union Local 2 present the Hibernian Radio Hour as we continue on our First Responders Tour at The Cork and Kerry Pub on Western Avenue and this week we welcome honorary Irishman, John Catanzara. John is the President of the Fraternal Order of Police Lodge 7 and worked with CPD for 25 years. He is also a very controversial character in Chicago but that’s why we love him! John still faces many challenges in his position and goes into detail about the obstacles he is still facing as President. He discusses the latest ‘No-Confidence’ vote issued by the FOP. “It felt like the right time to address that topic because politicians refuse to hold other politicians accountable for failure in their duties”. He talks about some of the heart-breaking testimonials from CPD officers during the open session at that No-Confidence vote. He reckons the reason why Lori Lightfoot’s treatment of CPD has changed recently is because of John O’Malley becoming the Deputy Mayor of Public Safety. John makes it clear that the things he says are not just coming from him – “I’m speaking for my 18,000 strong FOP members of active and retired officers who have had enough.” He also tells Houli about how the St. Jude Police League Memorial March was basically cancelled but he went ahead and organized it anyway and how that led to the vote on the floor. Houli asks some of the tough questions about how John copes with the negative press and the media’s reporting on him. These two delve deep into conversation about the importance of negotiating to get what you want, the issues John has with the City Council and the danger of over-working our police officers. John shares his hopes for the future in regards to the next Mayoral election and he ends an extremely insightful interview with a heartfelt message to our CPD officers – “To the men and women of the police department, we couldn’t be prouder of the work you do!”. This guy tells it like it is and isn’t afraid to hold back! Houli then brings us up to date on the recent obituaries and we take a well-needed trip to one of our favorite places, “Houli-Town” with special guest, Charlotte Houlihan. Don’t forget to join us on Wednesday, June 9th at the Cork and Kerry Pub where we will be claiming the Chicago flag for Irish America – all details here!