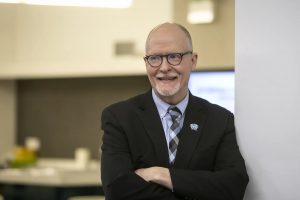 Fox’s Pizza, Guinness, the Cork and Kerry Irish Pub, Flood Brothers Disposal and Chicago Firefighters Union Local 2 present the Hibernian Radio Hour as we continue on our First Responders Tour at The Cork and Kerry Pub on Western Avenue and this week we welcome one of America’s leading Crisis managers, Paul Vallas. Paul is a southside native with a personal connection to first Responders. He has an extremely impressive resume including his time as former Superintendent of the Bridgeport Public Schools and former CEO of both the School District of Philadelphia and the Chicago Public Schools. Mayor Daley recruited him in 1990 to reform the scandal-ridden Department of Revenue where he revamped the city’s tax and fee system as Budget Director. Paul ran for Governor in 2002 and he was a candidate in the Mayoral election in 2019. The FOP asked him to join their negotiating team because John Cantanzara wanted someone who already has experience negotiating with the city to help them reach a suitable contract. Paul discusses the current situation between the Mayor’s office and the FOP and how they reached a fair and affordable agreement for an 8-year contract where officers will get a 20% increase in pay over those years. As well as this, officers will automatically get Duty Availability after their probationary period. Paul states that there are many other issues that need to be addressed but they don’t want to bombard the city with demands.  “I hope the Mayor doesn’t snatch defeat from the jaws of victory!” The FOP will go straight to arbitration if the Mayor’s office don’t accept the contract but Paul feels confident that won’t be the case! He wants to clear up the bad rep that the FOP have gotten because of what is being said about them by the Mayor’s Office. Paul shares some ideas in how to alleviate the shortage of officers and he discusses Kim Foxx’s approach to releasing violent criminals and how that’s affecting the local community’s safety. He covers many topics with Houli including how the city have the money to reopen mental health centers and to fund infrastructure. “It’s a vision and resource management issue!”. He and Houli also discuss the harrowing fact that the suicide rate in Chicago police is 60% higher than the national average and how the FOP just wants stability for their officers in these trying times. “If you want to shut me up, take my recommendations to heart!”. Paul is a wealth of knowledge and we are honored to have him on the show! Houli then brings us up to date on the latest Irish-American news including the Emerald Society’s Ribfest at the FOP Lodge on Monday, July 19th. He then brings us through the recent obituaries and that’s followed by one final trip to our favorite place called  “Houli-Town”.