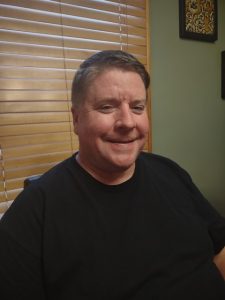 Fox’s Pizza, Guinness, The Cork and Kerry Irish Pub, Flood Brothers Disposal and Chicago Firefighters Union Local 2 present the Hibernian Radio Hour as we continue on our First Responders Tour at The Cork and Kerry Pub on Western Avenue and this week we welcome 24 year Law Enforcement veteran, Detective Jim Davey. Jim grew up in Ashburn but now lives in Oak Lawn. He attended St. Laurence High School where he took part in many school sports including Football and Track and later graduated from Illinois State University. He spent some time as Reggie Redbird, the mascot for Illinois State, as well as portraying Igor the Viking at St. Laurence. “I’m an entertainer!” He tells a humorous story about attending an event with Coach Bender, the basketball coach at Illinois State where Jim ended up having to entertain the children while their parents met with the Coach. Jim may have some mascot work in his retirement plans! He tells Houli about how he started out in radio, working at the campus station at Illinois State. He tried his hand at English teaching and talks about what pushed him to take the CPD test instead. Jim is “almost” a 3rd generation police officer as both his father and great-grandfather were cops. His older brother Tom is a Tactical Sergeant and some of his extended family also work as First Responders. His family’s blood certainly runs blue! Jim is currently working on the cold case homicide of a young mother in her home in 1978. They reopened the case 4 years ago and now have a person of interest involved. Jim chats about another one of his cold cases where the body of a newborn baby was discovered in a garbage dump and they were able to recently send DNA to the lab to try to find  a mother or family. Jim gives his take on the current social unrest. “The majority of society love the police.” Jim shares one last story about the scariest night he has ever had at work where he was called to a domestic disturbance that ended in a huge propane explosion with injuries. Jim is the father of four girls and he tells Houli that his life’s goal is to set a good example for them as a father and a member of society. Financial crimes, negative police stereotypes and Jim’s time as a bike officer are some of the other topics of conversation these two discuss before they end another interesting and insightful interview with a true American hero! Don’t forget the Emerald Society’s Annual Dinner will be on September 11th where they will be honoring Houli with Irishman of the Year 2020/21 and the Annual Irish American Movie Hooley will have it’s opening night on Friday, September 24th at the Gene Siskel Film Center. Houli then brings us up to date on the recent obituaries and we take a musical break with Liam Durkin’s version of Van Morrison’s, “Into The Mystic”. We take one final trip to our favorite place, ‘Houli-Town’.