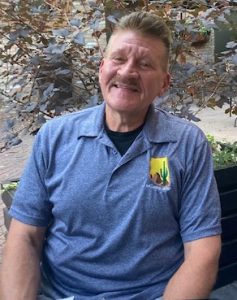 Fox’s Pizza, Guinness, The Cork and Kerry Irish Pub, Flood Brothers Disposal and Chicago Firefighters Union Local 2 present the Hibernian Radio Hour as we continue on our First Responders Tour at The Cork and Kerry Pub on Western Avenue and this week we welcome back our old pal and local CPD legend, Jeff Lange, Jeff is a retired 30-year veteran of the Cook County Sheriff’s Police and is the 2nd Vice-President of The Emerald Society. He was born and raised in Bridgeport where he still lives with his wife Cathleen who is also a retired cop. He did quite a lot of undercover work in Narcotics in the Metropolitan Enforcement Group, working all over the state. Jeff started out as the bouncer at Shenanigans in the early ‘80’s and eventually began his career at Cook County Jail before going to work for the Sheriff’s police. He tells the humorous story about how he met his wife Cathleen on the job at Cook County Jail and the rest is history! He and Houli then delve into discussing the upcoming Emerald Society’s Annual Irish Dinner on September 11th where they will be honoring Houli as Irishman of the Year 2020/21 with live music from Jimmy Cloonan and The Pipes & Drums of the Emerald Society. There’ll even be a speech from the honoree himself so make sure you don’t miss it! Get your tickets here or call Tim Burns at 773-551-5671. Jeff gives a quick plug and shout-out to his friends in the Celtic Rock band, Wild Colonial Bhoys whose gig he attended at the Irish Fair of Minnesota recently. He will be also be attending Milwaukee’s Irish Fest this weekend and chats about how he likes to travel around to different Irish festivals where he can meet other Emerald Society members and like-minded folk. It’s safe to say he’s enjoying his retirement – “I’m busier now than when I was working!”. Houli and Jeff discuss the horrific murder of CPD officer Ella French and how Local 130 Plumbers are honorably hosting everyone after her funeral at Plumbers Hall. Our heartfelt condolences to Officer French’s loved ones at this difficult time, may she rest in peace. Jeff has a plethora of work stories and shares quite a few great ones with Houli including the time he was responding to a domestic and his partner had his pet dog with him, “Mighty Dog”, who got loose and defecated in the couple’s bed! Jeff also tells Houli about the $850k they found in a closet following and when they responded to a call of a woman hitting her partner with the iron because he gave her the “clam dippity” AKA: chlamydia. You can’t make this stuff up! One show just isn’t enough tie for Jeff to tell his countless hilarious work tales but he ends by sharing one last one about responding to a call at the Sybaris hotel where a female was stuck in a compromising position in a basket hanging from the ceiling. The craic is mighty between these two buddies and Jeff will surely return in the future! Houli then brings us up to date on some of the upcoming local events including the 7th Annual Irish American Movie Hooley opening on Friday, September 24th with the premiere of “In Search of Weeping Jim”, the incredible story of an Irish immigrant who was crowned ‘Father of the Chicago flag’. Also, be sure to get your tickets for Houli’s big night at Gaelic Park on September 11th here. Houli then brings us up to date on the latest obituaries followed by a final joke before ending another great show full of laughs and the craic!