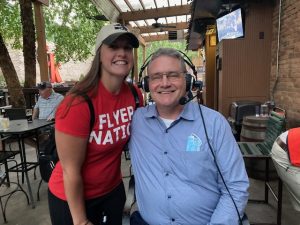 Matt Walsh and his daughter Megan

Fox’s Pizza, Guinness, The Cork and Kerry Irish Pub, Flood Brothers Disposal and Chicago Firefighters Union Local 2 present the Hibernian Radio Hour as we continue on our First Responders Tour at The Cork and Kerry Pub on Western Avenue and this week we welcome Cook County Sheriff’s Police veteran and pal of the show, Matt Walsh. Matt has been working as Tinley Park’s Chief of Police since August 2018 and previously worked at the Cook County Sheriff’s Police in many departments including Vice and as Deputy Chief. Both Matt and Houli are Mount Carmel graduates and they take some time to catch up and chat about some of their mutual friends. It’s safe to say that Matt adores his children, some of whom are at the show and he brings us up to date on how his family have been since he was last here. He jumps right into the serious chat with focus on The Police Reform Act in Illinois and the effects it will have on CPD’s future. He tells Houli about how some politicians have been helping to try to add some amendments to that Bill. He explains what ‘Qualified Immunity’ is and why it’s so important. Many officers have told Matt personally that if it passes, many of them will be retiring early. “People sign up to serve and protect and they face all these obstacles..” Matt chats about unfunded mandates such as body cameras and why they help cops, contrary to popular belief. He also discusses the dwindling number of newly recruited officers as well as seeing more cops transfer out of the city. He speaks positively about the Critical Incident Training to help train officers in how to assist those with mental illness but says more people need help now because of the closing of mental health facilities, especially during the pandemic. “We’re going backwards!”  Matt has more than a few work stories to share including a hilarious one about a prostitution sting at a massage parlor and he ends his interview by asking our listeners to protest The Police Reform Act and voice their concerns. 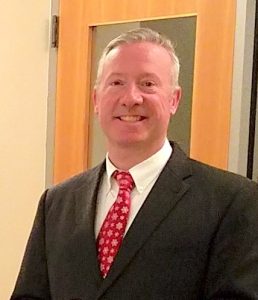 Our second guest this week is another pal of the show and West Beverly native, Detective Bill Donnelly. Bill attended St. John Fisher School followed by Marist High School and has been with the CPD for almost 30 years, working as a Robbery Detective for over a decade. He joins us this week to discuss the Knights of Columbus’ big annual event, The Intellectual Disability Drive aka: The Tootsie Roll Drive. All funds will be shared among multiple charities who help those with intellectual disabilities, It will take place on Friday Sept. 17th &  Saturday, Sept. 18th located all over the southside. Sign up at signupgenius.com and enter larkinbrian20@yahoo.com to schedule. Houli then brings us up to date on the latest obituaries and ends this week’s jam-packed show with a few jokes. Don’t forget the Emerald Society’s Annual Dinner will be on September 11th where they will be honoring Houli with Irishman of the Year 2020/21 and the Annual Irish American Movie Hooley will have it’s opening night on Friday, September 24th at the Gene Siskel Film Center.