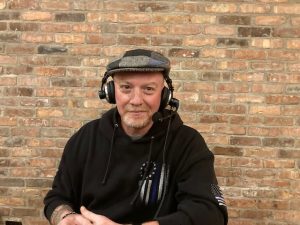 Fox’s Pizza, Guinness, the Cork and Kerry Irish Pub and Flood Brothers Disposal present the Hibernian Radio Hour as we continue on our First Responders Tour at The Cork and Kerry Pub on Western Avenue and this week we welcome Lieutenant Buddy Clancy. He will be celebrating 30 years on the Force this month! Buddy grew up in St. Denis Parish and attended St. Laurence High School followed by Illinois State University, class of 1990. He began working for University of Chicago Police in 1992 and chats about his duties there and how he took multiple Chicago Police Tests during that time. He joined Burbank Police Department in 1994 and tells the story about how his uncle and the late Officer John Knight influenced him to go for the job! Buddy joined Oak Lawn Police Department in 2001 and he chats about the wonderful people he works with out there. He chats about his lovely wife Kelly and how his family’s blood runs blue. “It’s the family business!” His father was an officer for 29 years and Buddy shares a an insightful story about being given two tickets as soon as the officer heard who his father was. Buddy continues by sharing some work stories including responding to a call about drunk driver who kicked both officers in their ‘privates’ before flashing them. He also tells Houli about getting stuck in the middle of a block party after escaping a dangerous situation and finding two young children roaming Chicago public transport by themselves. He has some incredibly wild stories from his career so far! 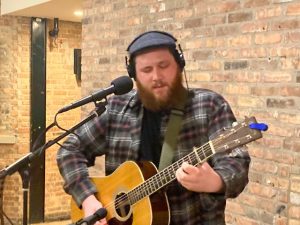 These two discuss the rise in crime all over Chicago and the current “Defund The Police” movement. “It’s a tidal wave!” Kim Foxx and her part to play in the rise in crimes such as shootings and car jackings is a hot topic this week and they delve into the fact that criminals have changed neighborhoods like Oak Lawn. “We’re spiraling towards the abyss.. we’re right on the edge”. This guy has plenty to say about the current social unrest and he offers some advice to young officers. “Hold that thin blue line. we will take it back!” Houli then brings us up to date on the most recent obituaries and we hear some fabulous live music from our good friend, Liam Durkin including “Swinging Doors” and a Durkin original called “Far Off Dreams”. Be sure to check out this week’s show for some great craic and music!