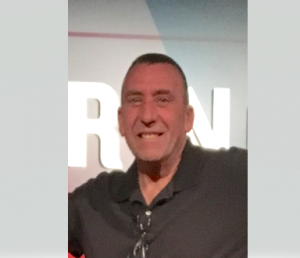 Fox’s Pizza, Guinness, the Cork and Kerry Irish Pub, Madden Funds and Flood Brothers Disposal present the Hibernian Radio Hour as we continue on our First Responders Tour at The Cork and Kerry Pub on Western Avenue and this week we welcome retired CPD veteran, James Dunn to the show. James grew up on the southside and still lives there in Mount Greenwood. He attended St. Mary of Mount Carmel Grammar School and graduated from St. Rita High School in ’75. He joined the Marine Corps reserve after high school and served 30 years where he travelled worldwide including Germany, South Korea and 1 tour with Operation Iraqi Freedom. James describes his time in Germany as “eye-opening” and discusses why it was so important to keep your guard up. He tells one particular story where a microphone wire was the only thing separating East and West Germany at the location where he was stationed. He compares that experience to today’s tension between North and South Korea. James then tells Houli about the duties and protocol involved with being a member of the Reserves and why a tour is 6 months long rather than a full year. He began working as a patrolman with CPD in ’87 and worked in the 6th and 8th districts before gradually moving to the Special Ops and later joining the Hostage Barricade Terrorist Team/SWAT Team. He shares some stories about his time as a patrol officer including one embarrassing story about attempting to pull over a deaf driver. He delves into his duties with the SWAT team and how they helped police officers in hostile situations. “Back in the day, that’s when you could be the police”. James retired in 2013 and then joined “At Your Service” as Security for the Cubs, the Bulls and the Blackhawks. He describes what it’s like working that job and mentions just how great the Chicago fans are. James’ lovely wife Mary passed away last year after 38 wonderful years of marriage and they had 4 great kids together. James Jr. just graduated from the Fire Academy and his oldest son, Tom, is a Police Officer in Oak Lawn. He is also a very proud grandfather and both his parents were Chicagoans. Houli and James then chat about the positive relationship between Law Enforcement and politicians way back in the day and James shares some personal advice with today’s police officers – “Hold your own, keep your head high!”. It’s safe to say that this legend is a badass! Houli brings us up to date on some exciting upcoming events including The Emerald Society’s Ribfest and Awards Night on June 13th, 7pm at FOP Lodge #7 – plenty of great food and Irish entertainment! Then it’s over to obits followed by a well-needed trip to our favorite place, “Houli-Town”.