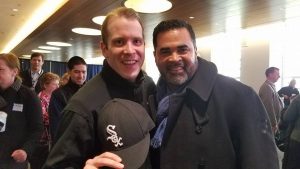 Fox’s Pizza, Guinness, the Cork and Kerry Irish Pub, Madden Funds and Flood Brothers Disposal present the Hibernian Radio Hour and this week we take a break from our First Responders Tour and instead, Houli begins the show by looking back over a very successful weekend at the Movie Hooley in Oak Park. We are hosting the second weekend of our 8th Annual Irish American Movie Hooley at The Wilmette Theatre this weekend so be sure to come out! Houli’s son Paddy joins him this week to delve into the plot of each movie and he reviews each of the three films for you, our listeners. We have three very impressive movies screening this year from hilarious ghost busters to a very dark Irish comedy and finally ending the weekend with the true story about a group of friends who ended up around the same block on 9/11. The beauty of this unique film festival is that you get to meet the filmmakers and our audiences get the chance to ask questions as well as join the Hibernian Media team and the filmmakers for the craic afterward. Fun fact – Ours is the ONLY Irish American Film Festival in the world! Houli and Paddy share their favorite parts from each movie and discuss how they came across each of these creative but unique films. 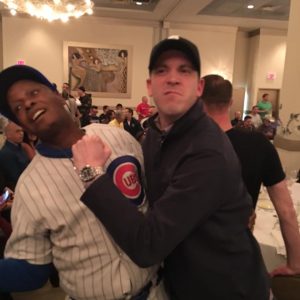 Houli spoke with Writer/Director Philip Doherty from “Redemption Of A Rogue” after last week’s screening and we jump over to that interview after the guys’ reviews. Philip chats about what he has gotten up to during his first trip to Chicago including attending a Cubs game which he describes as a “pantomime” and a trip to the Art Institute as well as a visit to the infamous Buddy Guys Blues Club with “The Boys Of Kingsbridge” Director Thom MacNamara. They’re experiencing the real Chicago! Philip then dives into discussing the making of this movie, the personal inspiration behind writing it and the running theme of Catholicism throughout which he describes as an “hallucinogenic religion”. We were honored to have both these Irish legends visit our city and join us on Hibernian Radio! Houli and Paddy reminisce about their favorite Movie Hooley moments from the past 8 years and share some of the crazy antics they’ve gotten up to over the years. “We’ve built a community that is fun to watch evolve!”. We’d love to see you at our two remaining screenings this weekend at The Wilmette Theatre, on Saturday 24th at 8pm for “Redemption Of A Rogue” and Sunday 25th at 5pm for “The Boys Of Kingsbridge”. See you at the Movie Hooley! Houli then brings us up to date on some upcoming events including the Emerald Society’s Annual Dinner Dance at Gaelic Park on October 1 as well as the next screening of “In Search Of Weeping Jim” at The Irish American Heritage Center on Fri, October 7. Tickets are just $10! Then it’s over to the latest obituaries followed by a well-needed trip to our favorite place known as “Houli-Town”.