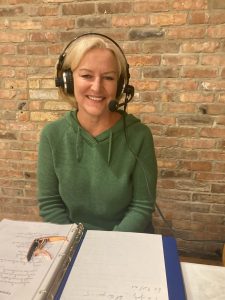 Fox’s Pizza, Guinness, the Cork and Kerry Irish Pub, Madden Funds and Flood Brothers Disposal present the Hibernian Radio Hour as we continue on our First Responders Tour at The Cork and Kerry Pub on Western Avenue and this week we welcome back 30 year retired Sgt. Eileen Guest to the show. Eileen attended Queen of Peace High School and worked as a Licensed Practical Nurse before taking the Police Test in ’81.She talks about how intimidating it was when she first began working for CPD and how she had to prove herself.  Eileen tells some great stories, including what it was like being a 22-year-old young lady joining the force and being one of the few women in her district and the challenges she faced in the job. She began working midnights in the 5th District at Roseland. “It was eye-opening!” Eileen spent 6 years there before becoming a Detective in the Youth Division where she worked mostly on child and sex abuse investigations for 9 years. “There’s nothing more satisfying than putting someone away who has done terrible things to children..” She explains to Houli how she personally dealt with those heavy topics and how some of the gruesome scenes featured in her dreams. “There are things you can do to protect yourself emotionally”. This incredible lady received her Masters Degree in Police Psychology at 50 years old from the Adler School of Professional Psychology and she wrote her thesis research paper on the subject of how to survive a 30 year career in the Police Department. “We see things that people should not see and they need to talk to somebody.” Eileen’s friends were a great support for her and she shares the fact that she sought out professional help on those tough days. “Most police officers are helpers. They sincerely want to help people.”. She chats about her 2 amazing sons and shares the story about how she recently broke her knee during her son’s wedding. Eileen moves on to discuss her band called “The Holdouts’ ‘ who are a Classic Rock Acoustic Trio and they’re looking forward to playing at Ed & Joe’s in Tinley Park on Black Friday. Eileen also works full-time for Corporate Security at CIBC Bank downtown although she has been on a break since her knee injury. She shares some stories from her extensive career including Harold’s Chicken Mobile being stolen. She also shares some heroic stories including giving CPR to a baby who was saved from a fire as well as saving a wheelchair-bound gentleman and his wife from another building fire for which she received a Life-Saving Award. Eileen has been having a great time travelling recently including to Ireland where she met some of her cousins for the first time. That leads to Eileen singing her rendition of “Farewell My Green Valleys” while accompanying herself on guitar. This is followed by another lovely performance of the beautiful song, “Grace”. What a way to end an incredible interview with our good friend, Eileen! Houli brings us up to date on some upcoming events including “Tomaseen Foley’s A Celtic Christmas” with Eimear Arkins on November 30th at the Athenaeum Center. Get your tickets here! Then it’s over to obituaries followed by one quick joke to end another great show this week!