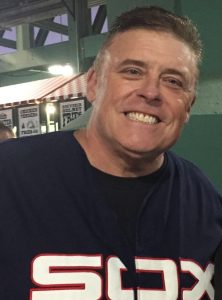 Fox’s Pizza, Guinness, the Cork and Kerry Irish Pub, Madden Funds and Flood Brothers Disposal present the Hibernian Radio Hour as we continue on our First Responders Tour and this week’s episode welcomes a new format to Hibernian Radio as we take a look back at some of our favorite First Responder interviews from over the years. This week we dive into the 2021 vault with a trip back to our interview with 27 year retired CPD veteran, Sergeant Lee Bielecki. Houli has crowned him an ‘honorary Irishman’! Lee grew up in Our Lady of Angels Parish and currently resides in Mount Greenwood. He always wanted to be a cop even though he had a few run-ins with the cops as a kid. He chats about his family with focus on his parents and he shares some of the wise words they had for Lee growing up. He also chats about his heritage – his mother was in Poland during the Nazi reign and his Dad wanted to be a Cop. He discusses his experiences during training and some of the antics he got up to in his early career which includes some exciting foot chases. Lee has a very impressive resume which includes working in Narcotics. in the State’s Attorney Office, as a Gang Specialist and even with the FBI for a short time. He shares some stories from his time with Narcotics including the time he arrested a cop and a CTA Supervisor in connection with the sale of narcotics. He was promoted to Sergeant in ’08 and he tells Houli how he got the nickname, ‘Leebo’. The two guys delve into the seriousness regarding the social unrest downtown last year and the rising number of police suicides. Lee is a big part of the CPD Peer Support Program which helps those on the Force who are struggling with their mental health and difficulties at work  He’s an inspirational guy and goes above and beyond for anyone who needs help. We are honored to have him on the show and share his stories with us! Houli then brings us up to date on some upcoming events including The Emerald Society’s Annual Chilli Cook-Off coming up on Monday, January 23rd at The FOP Hall Lodge #7 and Houli will be judging! Then it’s over to the recent obituaries followed by a quick trip to our favorite placed known as “Houli-Town”.